Objective: To describe the clinical and demographic profile of patients who underwent pediatric Endoscopic Sinus Surgery (ESS), and the indications for which the procedure was performed.

Subjects: Using the medical record registry, all patients below 18 years of age who underwent ESS under the Department of Otorhinolaryngology – Head and Neck Surgery of a tertiary government hospital in Metro Manila between December 31, 1999 and January 1, 2008 were reviewed. The age, sex, clinical presentation, and indications for doing ESS, and extent of surgery done were described. The Lund MacKay Grading for nasal polyposis and Scoring for sinusitis were also applied and cross-referenced.

Results: Twenty-seven children aged 7 to 17 years underwent ESS. The mean age was 12.9 years, with most (15 patients) belonging to the adolescent age group (13-17 years). Male to female ratio was 1.45:1. The mean interval from onset of symptoms to the first outpatient consultation was 1.5 years; the most common presenting symptoms were nasal obstruction (85.2%) and discharge (59.3%).

All of the patients who underwent pediatric ESS had chronic rhinosinusitis: either with nasal polyposis (85.2%), an antrochoanal polyp (11.1%), or both (3.7%). The Lund Mackay Grading for nasal polyps and sinusitis scores were cross-referenced: patients with larger, grade III nasal polyps tended to have more extensive sinus disease than those with grade II polyps. On their first consultation, the patients tended to present with extensive nasal polyp and sinus disease, indicating the need for surgery.

All patients with CRS and nasal polyposis underwent polypectomy with ethmoidectomy, uncinectomy and maxillary antrostomy, with additional frontal sinusotomy for a 17 year old male and a 17 year old female, both with grade 3 polyposis. The three patients who had antrochoanal polyps underwent polypectomy with uncinectomy and maxillary antrostomy. There were no operative complications such as cerebrospinal fluid leak and orbital injury reported.

Conclusion: Most of the patients who underwent pediatric ESS were older children who were brought for consultation with long-standing, extensive nasal polyp and sinus disease or with antrochoanal polyps, necessitating surgical management. Patients with larger polyps tended to have more extensive sinus disease. They all underwent conservative surgery, with extent of the procedure limited to the extent of the disease present. Efforts to raise public awareness about chronic rhinosinusitis and nasal polyposis in children may result in seeing such cases at an earlier, conservatively treatable stage 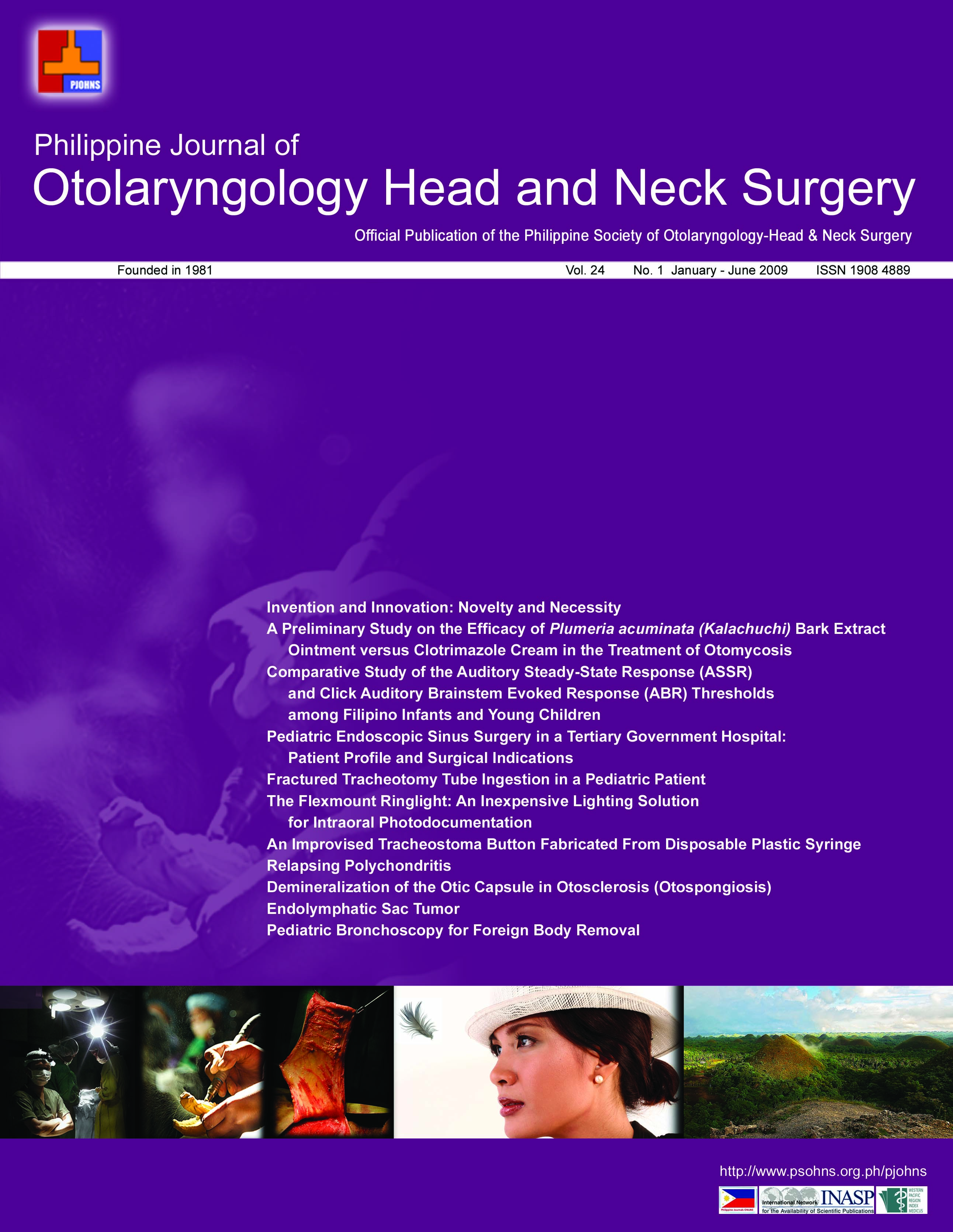 Vol. 24 No. 1 (2009): Philippine Journal of Otolaryngology-Head and Neck Surgery