Inner Ear Hemorrhage : A Cause of Sensorineural Hearing Loss in Leukemia

A 25-year-old male who was recently diagnosed with chronic myelogenous leukemia developed bilateral tinnitus and hearing loss. The hearing loss progressed rapidly but asymmetrically, with the right ear being subjectively worse than the left. Pneumatoscopy revealed bilaterally intact and mobile tympanic membranes and no visual evidence of middle ear pathology. Audiometry confirmed the presence of a profound hearing loss in the right ear and a moderate sensorineural hearing loss in the left ear. In relation to evaluating the cause of hearing loss, the radiologic interpretation of a contrast-enhanced cranial MRI performed to evaluate other neurological symptoms that predated the hearing loss only stated that the cerebellopontine angle cisterns were unremarkable. No mention was made about the status of the inner ears. When asked to comment on the inner ears in the MR study, the radiologist opined that the cranial MRI did not have the proper fine-cut imaging sequences necessary to evaluate this region adequately, and indicated the need for a dedicated MR study of the temporal bones. An independent review of the DICOM imaging data of the patient’s cranial MRI revealed the presence of three imaging sequences with information pertinent to the evaluation of the inner ears. These sequences are shown below, with a sequential narration of the descriptive imaging findings and their clinical significance that helps to arrive at a conclusive diagnosis.

Beginning the MR evaluation of the inner ear by viewing a T2-weighted sequence allows one to immediately visualize the fluid-filled compartments of the cochlea, vestibule and semicircular canals in a depiction most similar to that of computerized tomographic imaging of the temporal bones. In a T2-weighted imaging sequence, the normal inner ear contains fluid that gives it a bright, intrinsically high signal intensity similar to that of cerebrospinal fluid.1 In this particular case, it can be visually discerned in the axial image (Figure 1A) that the right cochlea (white diagonal farrow) has a lower signal intensity compared to the left cochlea (white diagonalgarrow). The signal intensity in the left cochlea is similar in brightness to the CSF in the cerebellopontine angle cistern (white *). This difference in signal intensity can also be visually discerned in the coronal image (Figure 1B).

A lower T2-weighted signal intensity within the cochlea indicates a change in its normal fluid content. Several conditions can lead to this change, including intralabyrinthine hemorrhage, labyrinthitis, labyrinthine fibrosis and intralabyrinthine mass lesions like a schwannoma or a lipoma.2,3 As such, this T2-weighted imaging abnormality needs to be correlated with the clinical setting and the imaging characteristics in the other MR sequences in order to discern the true nature of the condition.

In a non-contrast T1-weighted imaging sequence, the normal inner ear would have the same low signal intensity as cerebrospinal fluid.1 In this particular case, it can be seen in the axial image (Figure 2A) that the left cochlea (white diagonalgarrow) is similar in brightness to the CSF in the cerebellopontine angle cistern (white *) and is barely discernible . On the other hand, the right cochlea (white diagonal f arrow) can be easily identified and has a high signal intensity compared to the contralateral side. This same pattern of high signal intensity is reciprocated on the coronal image as well (Figure 2B).

An intrinsically high signal intensity (hyperintense) in the cochlea in a non-contrast T1-weighted imaging sequence is an abnormal finding and is one of the main imaging characteristics that defines the presence of intralabyrinthine hemorrhage.4 However, this finding can also be seen in the presence of fat, and in conditions where the inner ear fluid has an elevated protein content.5 Rare intralabyrinthine lipomas have been reported,3 and differentiation of this condition will depend on the contrast-enhanced, fat suppressed T1-weighted imaging sequence. Elevated protein in perilymph fluid has been reported in patients with acoustic neuromas, in otitis media, and in bacterial labyrinthitis,5 all of which would present with other readily apparent MR findings in the middle ear or in the region of the internal auditory canal and cerebellopontine angle.

Thus, based on the imaging characteristics of the T2-weighted and non-contrast T1-weighted imaging sequences, the differential diagnoses have been narrowed down to intralabyrinthine hemorrhage and a specific type of mass lesion, an intralabyrinthine lipoma.

In a contrast-enhanced T1-weighted imaging sequence, the normal inner ear would maintain the same low signal intensity as CSF. In this particular case, it can be seen in the axial image (Figure 3A) that the left cochlea (white diagonalgarrow) maintains this same signal characteristic. The right cochlea (white diagonal f arrow) also maintains its intrinsically high signal intensity, with no additional increase in signal intensity from the contrast medium. Additionally, this high signal was maintained in this fat-suppressed sequence. This same pattern is present in the coronal image (Figure 2B).

When the imaging characteristics in the contrast-enhanced T1- weighted imaging sequence are taken in isolation, it can be determined that the lack of enhancement negates the diagnosis of labyrinthitis or an intralabyrinthine schwannoma. When the T2-weighted and non- contrast T1-weighted imaging characteristics are factored in, the lack of signal intensity loss in this fat-suppressed sequence effectively removes the intralabyrinthine lipoma from the list of differentials. As such, one is left with intralabyrinthine hemorrhage as the only possible diagnosis.

The FLAIR sequence is a common component of MR imaging of the brain that has, in recent years, received attention in the scientific literature as an imaging sequence that could provide more information on inner ear pathologies. In the non-contrast FLAIR sequence, the normal inner ear has a low signal intensity, similar to the suppressed signal from cerebrospinal fluid. In this particular case, the axial image (Figure 4A) the left vestibule (white diagonal g arrow) has a very low signal intensity and is barely discernible. On the other hand, the right vestibule (white diagonal f arrow) is hyperintense. This same pattern is also demonstrated in the coronal image (Figure 4B).

A high signal intensity in the inner ear on non-contrast FLAIR imaging has been identified in intracochlear hemorrhage, in vestibular schwannomas, and in labyrinthitis.4 Since the presence of a vestibular schwannoma or labyrinthitis have already been ruled out in this particular case by the findings in the preceding imaging sequences, then the inner ear FLAIR hyperintensity serves to corroborate the diagnosis of inner ear hemorrhage.

Sensorineural hearing loss has been reported in the medical literature as one of the otological manifestations of leukemia.7 Various pathophysiologic mechanisms have been ascribed to this symptom including leukostasis, leukemic infiltration of the cochlea, hyperviscosity syndrome, inner ear hemorrhage and infections.8 Magnetic resonance imaging plays a significant diagnostic and prognostic role in this situation, as it can help to determine the presence or absence of several of these conditions, and elevate the case from the realm of mere conjecture and speculation. In this particular case, inner ear hemorrhage was recognized to be the pathophysiologic basis for hearing loss in leukemia. Inner ear hemorrhage has also been identified in hearing loss related to other hematologic conditions like pernicious anemia, sickle cell anemia, hyperviscosity disorders, and in patients taking anticoagulation drugs like aspirin or warfarin.4 As such, searching for the characteristic imaging findings on MR studies done in these clinical situations would be appropriate. 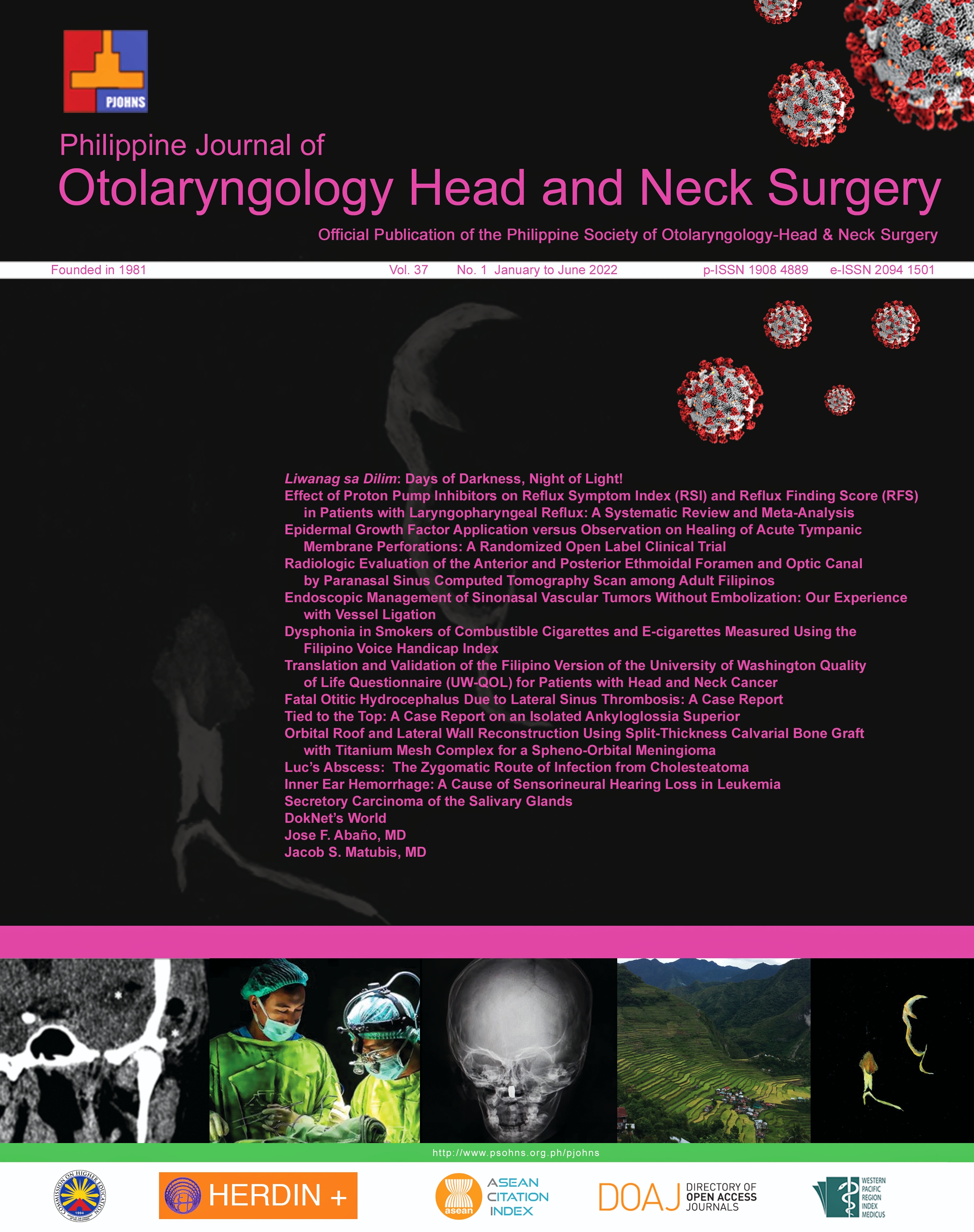