A 65-year-old man consulted with a history of chronic snorting with a sensation of obstruction in the left side of the nasopharynx particularly when in supine position. A few days prior to consult, the patient had blood-tinged nasal discharge, thus this admission. No other symptoms were reported.

Excision of the mass was performed. Received in the surgical pathology laboratory was a 1.8 x 1.5 x 0.6 cm red to brown, rubbery to firm, vaguely ovoid mass with a nodular external surface. Cut section showed a light gray solid surface.

Microscopic examination shows a broad-based exophytic mass with invaginations of the surface epithelium and proliferated glands within the stroma. (Figure 2) The glands are tubular or variably dilated - many are lined by a respiratory-type epithelium with goblet cells and a thickened basement membrane, while the tubular glands are lined by a monolayered cuboidal epithelium. (Figure 3) Based on these features, we signed the case out as a respiratory epithelial adenomatoid hamartoma (REAH).

REAH is a benign proliferation of sinonasal tract glands derived from the surface epithelium.1 It occurs primarily in male adults, with a median age in the sixth decade of life. Most cases arise in the posterior nasal septum, while less common sites of involvement include other parts of the nasal cavity, the nasopharynx, and paranasal sinuses.2 Common symptoms include nasal obstruction, stuffiness, and epistaxis.1,3,4

REAH presents as a polypoid lesion and may measure up to 6 cm in widest diameter.1 Microscopically, there is a proliferation of small to medium-sized glands dispersed in abundant stroma. Invagination of the glands from the surface epithelium may be seen.3 The glands are round to oval, lined by respiratory-type epithelium with admixed goblet cells. Thickened basement membranes surround some of the glands, and smaller seromucinous glands lined by cuboidal epithelium may also be admixed among the latter. Other alterations may include squamous, chondroid, and osseous metaplasia.1,4

Rarely, REAH may occur synchronously with inverting sinonasal papillomas or inflammatory polyps.1 It may be mistaken for these two entities along with sinonasal low-grade adenocarcinomas. Careful attention to the typical morphology including absence of an infiltrative growth pattern and atypia allow distinction from these entities particularly the malignant mimics.3 A related entity is a seromucinous hamartoma with which REAH is believed to form a morphological spectrum.1

REAH is benign and complete excision confers cure.1 Malignant transformation has not been reported.1,3,4 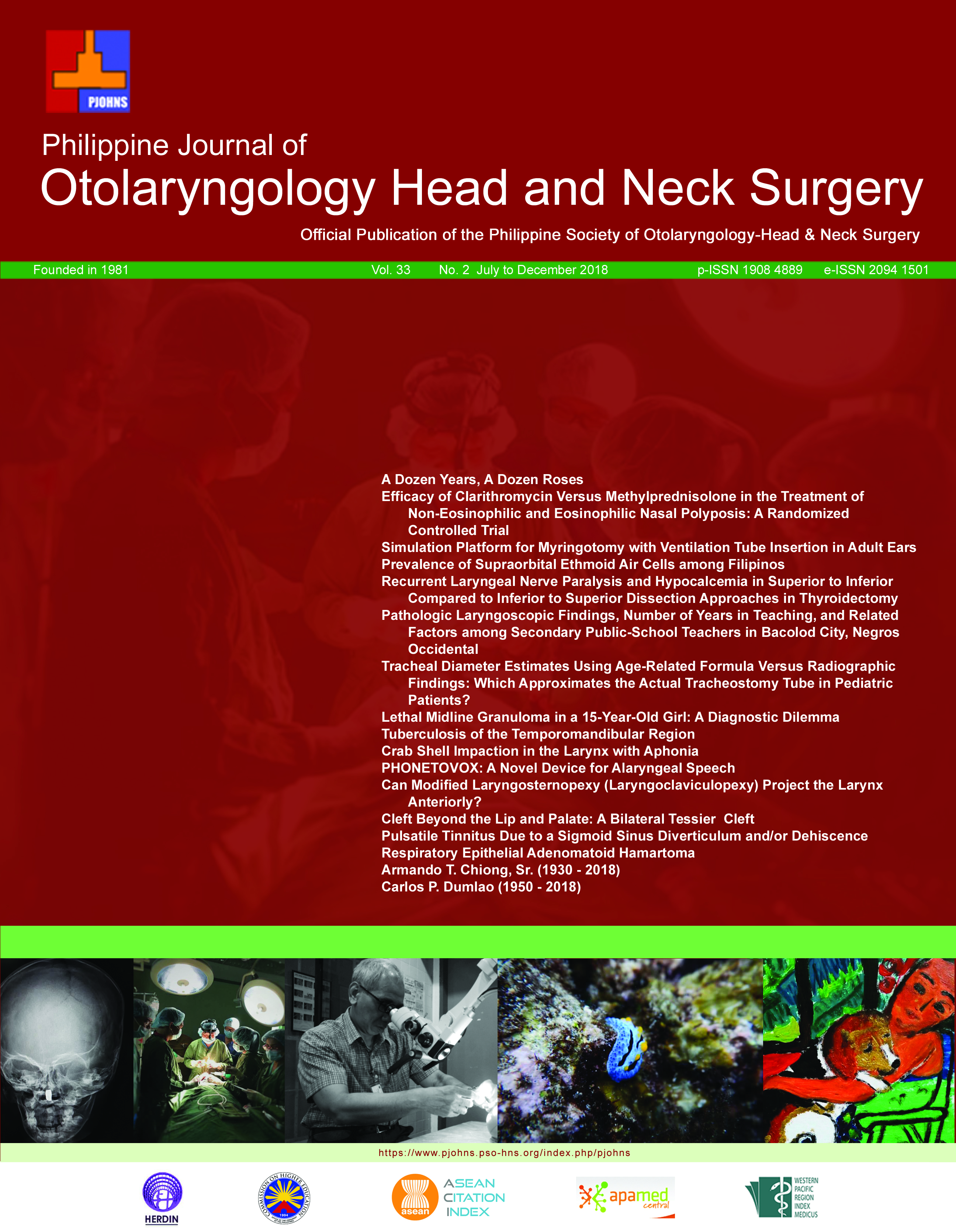 Vol. 33 No. 2 (2018): Philippine Journal of Otolaryngology-Head and Neck Surgery